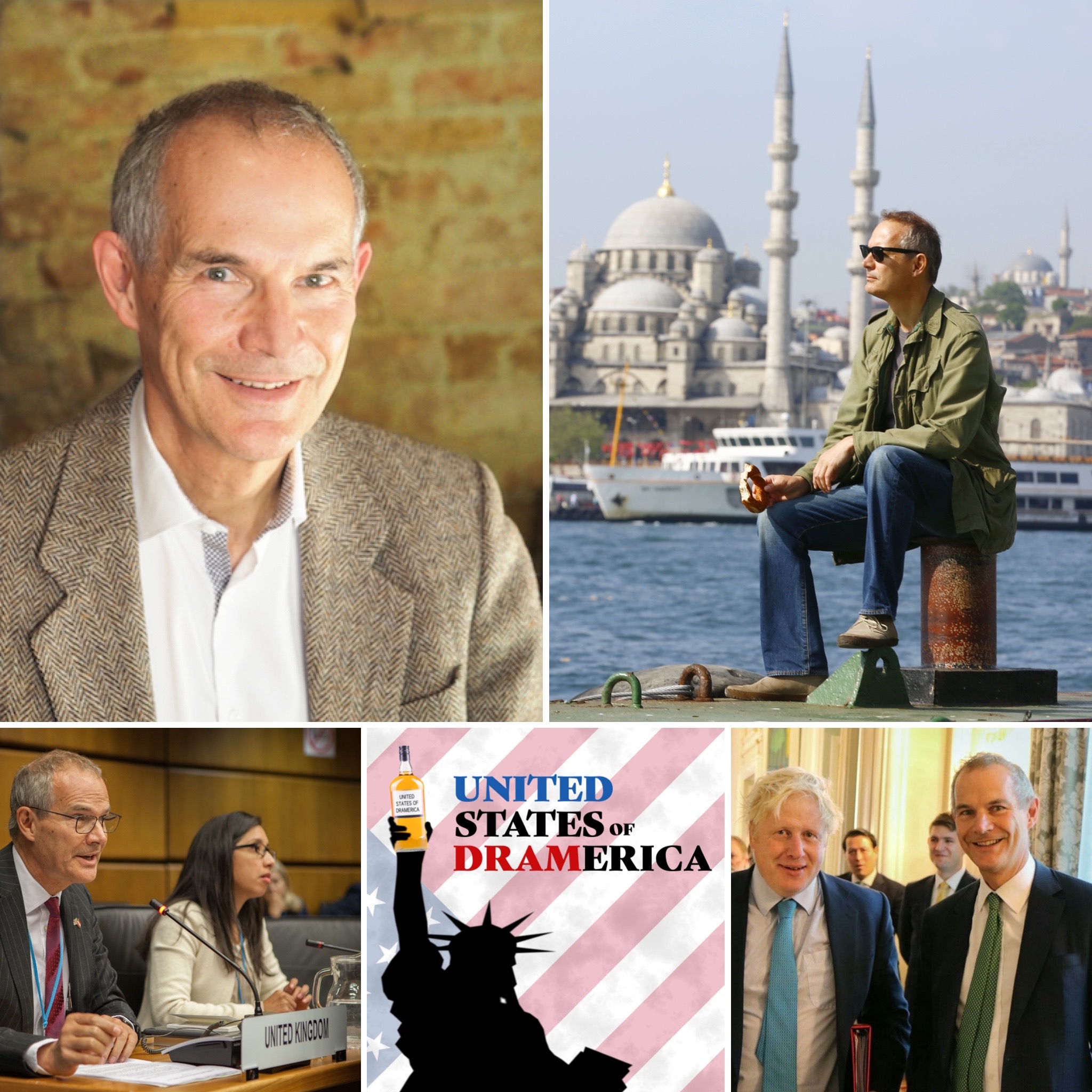 We talk to former British diplomat-turned-novelist Leigh Turner.
Leigh tells us about his new novel Palladium, getting clearance from the British Foreign Office to write these books and the motivation behind his new career.
We discuss managing crises - from civil unrest to planning for earthquakes and plane crashes, why representing the modern version of diplomatic life is so important and writing what you know.
Leigh talks us about his early books - The Skip outside the Lenin Museum, Blood Summit and his anthology of hotel stories - and as the previous Ambassador to Ukraine, we talk about the conflict with Russia and what happens next.
And he tells us why he wants to drink Macallan with the Queen.