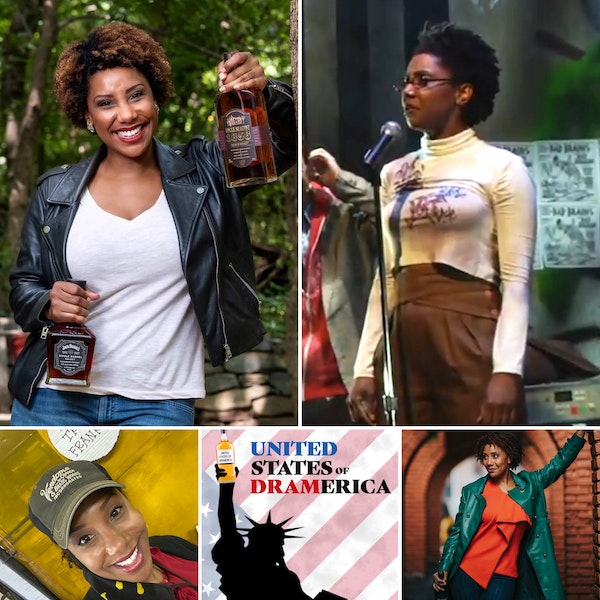 We talk to Tracie Franklin, Head Distiller Apprentice at the Nearest and Jack Advancement Initiative. She tells her story of moving from Broadway to whisky ambassador to the leadership acceleration program run by Jack Daniels and Uncle Nearest whiskey to increase diversity in the whiskey business. Tracie talks about diversity in the industry, her reluctant acceptance of being a role model and tells us the inspiring story of Nearest Green, a freed slave who taught Jack Daniels. We share a virtual Uncle Nearest 1820, talk about the modern dual role of a head distiller as brand ambassador and what she misses about showbusiness. And she tells us why she would want to drink a Glenfiddich 50 with her father. 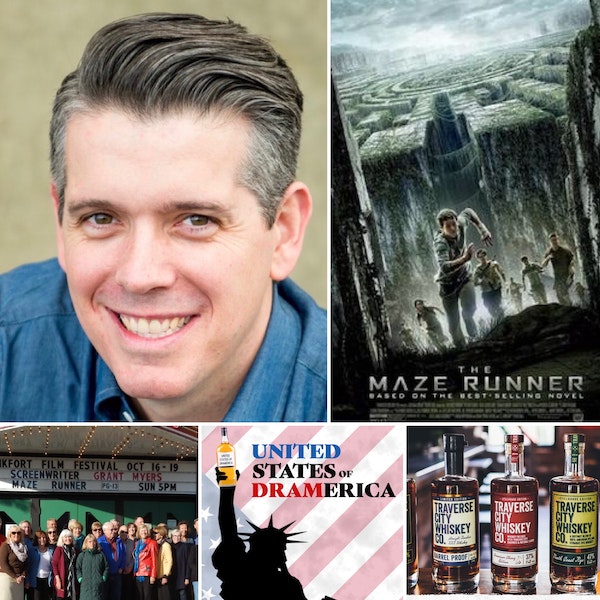 We talk to screenwriter Grant Pierce Myers.  He talks about the excitement of working on The Maze Runner, his parents organizing a special screening for their friends in his home town and his favorite line from the movie. He tells us how he celebrates movie projects by buying bottles of whisky, his love for the cherry-infused bourbon made by Traverse City Whiskey Company and he tells the story of being fired from the Maze Runner - and how the lead actor didn't even realize he was the writer. Grant tells us how he would pitch a movie about Trump, how the pandemic ruined one of his latest projects and whether his new projects will have masks and social distancing written in to them. He talks about script envy, the Maze Runner being sued for stealing someone else's idea and how he feels about the Maze Runner sequels making less money than the first. And he tells us why he wants to drink any whisky with Ernest Hemingway on a boat - and his favorite cocktail stories. 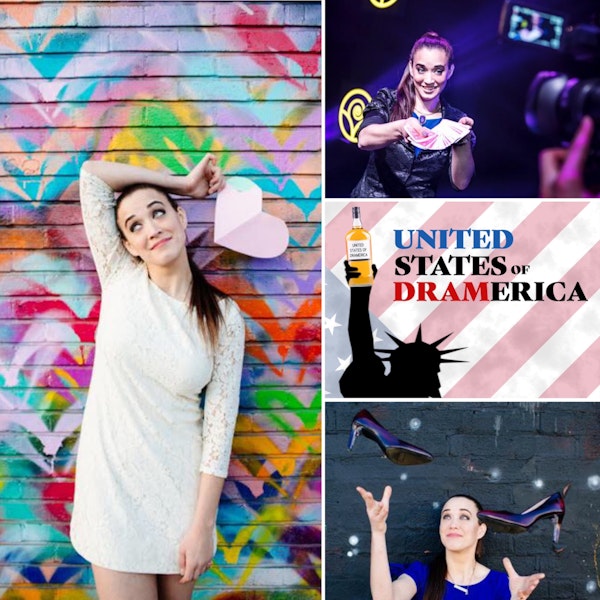 We talk to magician Kayla Drescher. She tells us about swapping science for magic, her dislike of Las Vegas and why the market town of Dunstable is her favorite place. She talks about her Magic in Heels business, the challenges for women in magic and her favorite trick. We share a (virtual) whiskey as she tells us about a magician's life in Los Angeles compared to Boston, how much she enjoys corporate events and travel and why she wants to share a Jefferson's with Celine Dion. 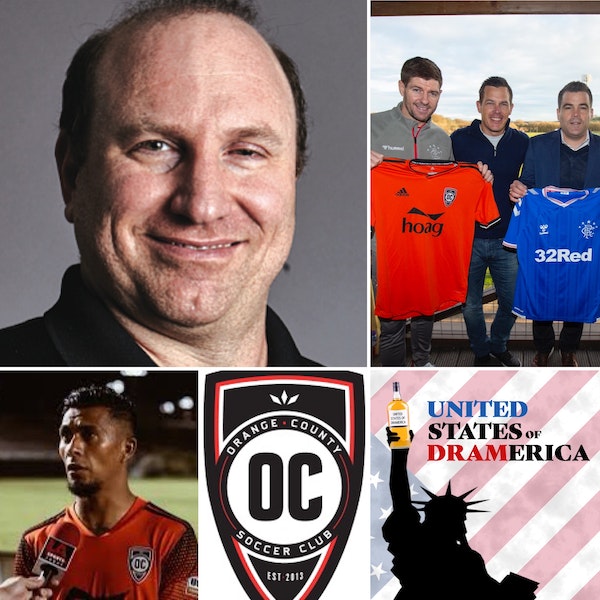 We talk to James Keston, owner of Orange County Soccer Club. He explains why he bought a USL team, what he is hoping to achieve on and off the field and how hard the pandemic has hit live sport. James talks about the unique partnership with Glasgow Rangers, the CBS documentary about their deal and why all the Scottish players needed subtitles. He tells us that he doesn’t think a promotion and relegation system will happen in US soccer in the next 30 years, the importance of giving American youngsters a pathway to pro that avoids college and how close he came to owning an MLS team. And why he wants to share a highland whisky in a European pub with Alexander Hamilton and Benjamin Franklin. 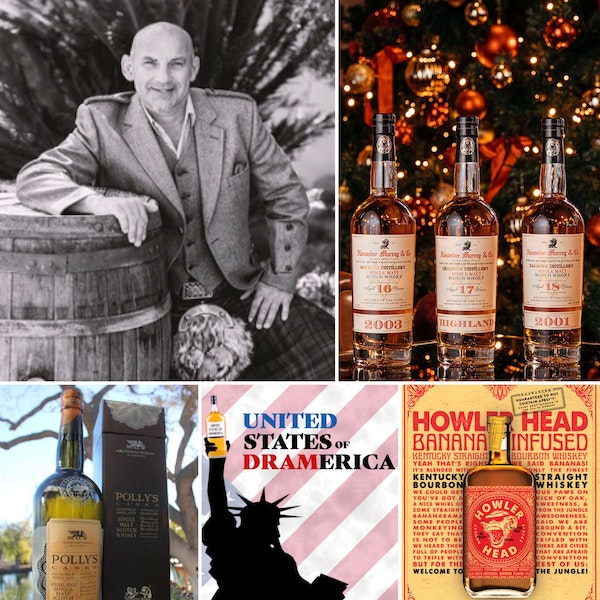 We talk to whisky entrepreneur Steve Lipp, the man behind everything from Alexander Murray, to Costco's Kirkland whisky and also banana flavor bourbon sensation Howler Head. He tells us about how near-death experiences took him from the oil business to the whisky trade, why he named his brand after his great uncle and how a drowning fisherman helped Lagavulin 16 become his favorite whisky. He talks about banana bourbon - and his partnership with UFC owner Dana White, his beer/whisky partnership with Firestone Walker and what next for Costco whiskys. And why he wants to share a Lagavulin 16 with Sean Connery at the Pittodrie House Hotel. 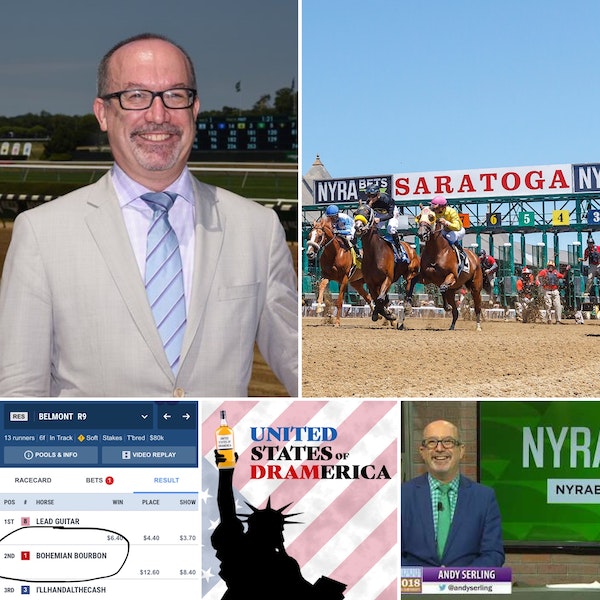 We talk to the Sage of Saratoga, leading horse handicapper Andy Serling. He tells us how horse racing has grown during the pandemic, what makes the sport so special and how legal sports betting is inevitable in America. He talks about falling in love with his home track of Saratoga, how race tracks without crowds are "sad" and how a horse's name impacts its odds. Andy describes how much research he does on each race why he backs his picks with money and his hopes for big crowds after Corona. And why he wants to share a Blanton's bourbon  with Philip Roth at Saratoga. 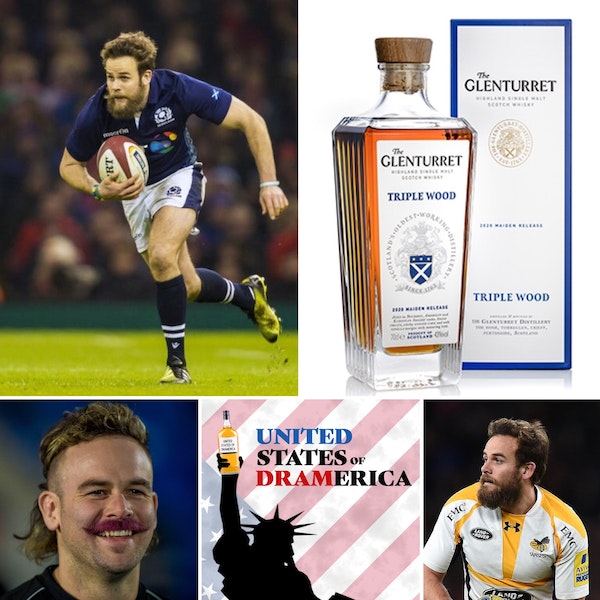 We talk to former Glasgow Warrior and Scotland rugby player Ruiradh Jackson. We talk about retiring early due to Covid and transitioning to a career in whisky and gin. He tells us about the re-launch of Glenturret, Scotland's oldest working distillery, describes his frustration at the recent closures of the Scottish hospitality industry and the importance of alcohol for a winter in Scotland. Ruaridh describes the highs and lows of his rugby career, mental health in sport and learning to drink whisky to unwind after games. He tells us about his Garden Shed Gin business, ignoring criticism on Twitter and why he wants to share a Balvenie 14 with Bob Marley on a Scottish beach. 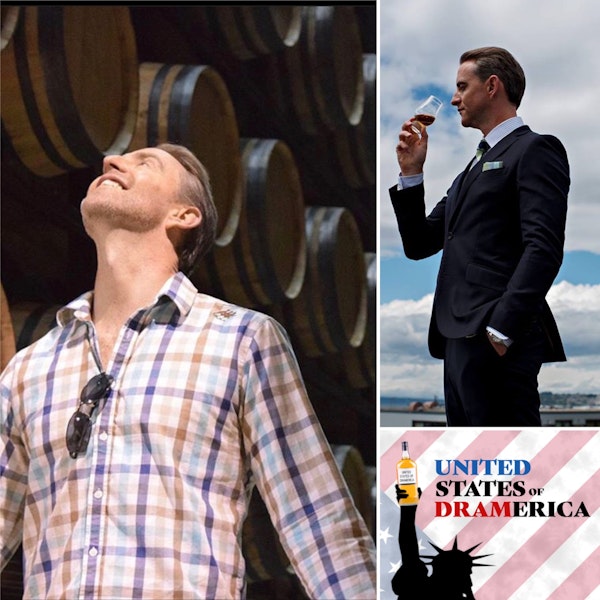 We talk to David Laird, newly appointed Luxury Portfolio Specialist for William Grant. He explains why people spend thousands on good whisky, why sales are up so much during the pandemic and why even the most expensive whisky is made to be drunk. Over Balvenie and Glenfiddich 21 we discuss high-end whisky packaging, a $1k cocktail and the importance of drinking the best whiskys sitting down and with as few other people as possible. He also talks about running a bar in Memphis, his brief professional soccer career and wanting to share a dram with his family.